If you know about Latin American literature then at least one of these Mexican writers is familiar to you.

Either because they dared to tell what others had never said or published before, or because their publications were real masterpieces, they have a big part in the story of the country.

So, if you love to read, what are you waiting to start with one of these that you can find also in English?

Enjoy this list of the best, according to Genial Guru.

This book is composed of short stories and proses very different among them.

The author works, in a very intelligent and imaginative way, social subjects, mysterious and magical.

He also makes a satire of contemporary society and its excesses, and human behavior.

The halo of mystery, humor, and style, make this book in one of the great masterpieces of Juan José Arreola.

This short novel is considered one of the best Mexican books from the XX century.

His character is Felipe Montero, a smart young historian who finds a job finishing editing a general’s memories.

To do this, he has to live in the same house where the deceased used to live, next to his widow and his niece Aura, women he falls madly in love with.

The story develops during the Mexican Revolution.

Tita was born in the middle of the house’s kitchen. But, after the sudden father’s death, her mother could not breastfeed her anymore.

House’s cook, Nacha, fed little Tita, so the child, literally, grew up in the kitchen.

But, one day, things get complicated when a young boy in love with Tita, Pedro, decides to marry her, but Tita’s mother, with a strong personality, offers him Rosaura’s hand, her other daughter.

The story goes through the Cristero War.

The principal character, Juan Preciado, promises his mother before she dies that he will demand his father, Pedro Páramo, everything that belongs to them.

The book is a mix of two central stories.

One of them from the point of view of Juan Preciado, and the other from the view of Pedro Páramo.

This work reflects the worries of the author to discover and describe Mexican’s behavior and their morality, individual and collective.

9 essays composed this book, where the director analyzes the behavior of Mexican people and its psychology.

Moreover, this analysis goes related to all the stages in the history of the country. 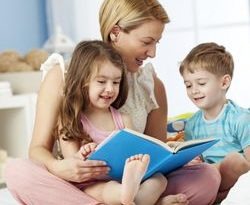 7 Things You Want To Be Looking For in a Nanny

6 Beauty Habits that Age. Avoid them!