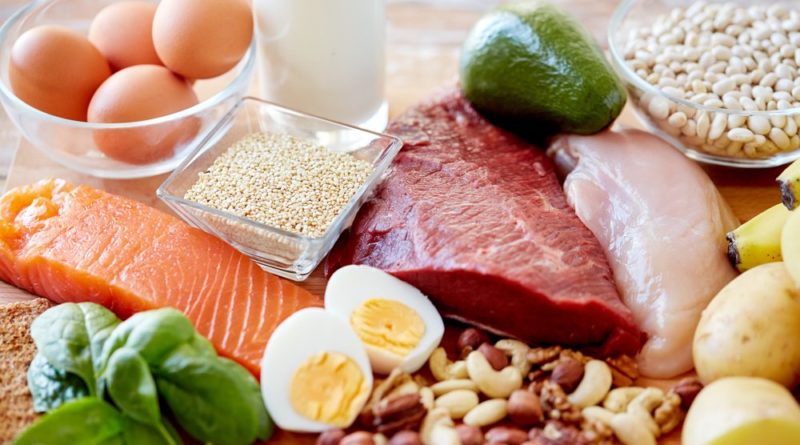 Along with fats and carbohydrates, proteins are another macronutrient, the builder and structural one. As a result, the body uses protein to synthesize essential hormones and enzymes, for immunological functions, and to build, repair and maintain muscular tissue. Furthermore, proteins give energy when fats and carbs aren’t available.

The structural component of proteins is amino acids. Imagine a brick wall is a protein and every brick is an amino acid. Besides, there are 20 amino acids approximately, 9 of which are considered as essential for our organism. In consequence, our body can’t produce them so we must consume them through the diet.

Proteins are important because they help us keep in shape. In addition, It’s the most abundant substance in our body after water. Due to the structural function of proteins, they are in charge of muscle building and repair, similarly with hair, skin, and organs. Moreover, proteins help to produce hormones and enzymes, molecules transportation, and energy supply.

If you want to be healthy eating the ideal foods quantity and quality, assure you include protein in every food. Proteins accelerate metabolism and controls appetite. For instance, if you want to know more and how to achieve it, continue reading and you’ll find interesting information about this important macronutrient.

Assure you Know How Much Protein is Enough

The number of proteins your body need will depend on your sex, physical activity and goals. On the other hand, a sedentary person needs 0,8 g per kilogram, contrary to an active individual which exercises and train, who must consume 2 g of protein per kilogram approximately. Besides, if the individual wants to build muscle mass up, he or she must consume a little bit more.

For well-functioning, the body needs modest amount of protein. According to experts:

Know which the Healthy Protein Sources are

Proteins must have a leading role in our alimentation, the ideal is to include them in most of our foods and choose quality sources of them. Consequently, there are some examples:

Processed meats are those meats that have been altered through curing, salting, smoking, fermentation, or different procedures to improve flavor or increase conservation.

For this reason, you should avoid these types of meat, some of them are bacon, sausages, cold cuts, and hot dogs. Moreover, these processed meats have a link with different diseases like type 2 diabetes, colorectal cancer, cardiovascular diseases, and others.

Discover What the Biological Value of Proteins is

Even though 1g of protein will always have 4 calories, the protein amount our body can digest and assimilate to build muscle won’t always be 100% in all cases. To sum up, distinct protein sources have different absorption and utilization levels, not all proteins have the same quality.

Biological value is a measurement scale used to determine the utilization level a specific nutrient has in our body. In this case, we’re pointing this scale to proteins. Certainly, when the number of biological value is high, that means protein is used in a higher amount. As a result, that amount of protein has a bigger impact on muscle mass regeneration and building.

To produce muscular hypertrophy (increase), it’s necessary the nitrogen balance to be positive. So, the higher the biological value, the higher nitrogen amount the body can absorb, utilize and retain to produce hypertrophy. However, this value doesn’t mean a food has more g of protein than other, contary, it means it’s absorbed and with a better used instead.

Here’s a list of the biological value of some protein sources:

Excesses are not Good

Another recommendation you should follow is to take care of protein excesses. It’s true that some high-proteins along low-carbs diets lead to weight loss. However, if you consume proteins in excess, your metabolism changes to a stage called ketosis. That means your body changes from burning carbs for energy to burning its own fat. In addition, ketones are freed into the bloodstream.

When ketosis occurs, you start losing weight. Furthermore, that’s not the problem, the real issue occurs when ketone levels start to raise up. In addition, the bad consequences of are that you’ll start to eliminate some fluids through urine, producing a loss of water weight.

Ketosis produces acids releasing into the bloodstream. Consequently, cells start calcium liberation to create a balance. When this happens, calcium levels in urine will increase, augmenting calcium loss. In long term, this could lead toosteoporosis.

Don’t take the easy ways if you want to have a healthy alimentation. You should always read the information you need and ask nutrition experts to confirm. In short, there’s so much information on the internet that sometimes isn’t the correctly one, for that reason, consult with experts always before taking any decision. 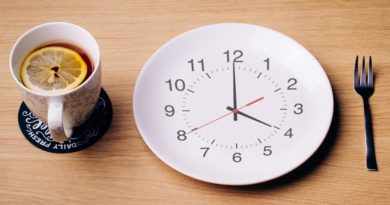 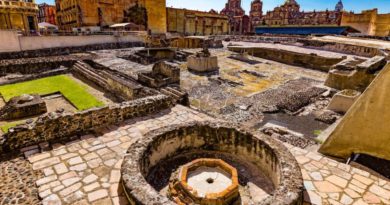 Most Incredible Architectural Works in Mexico to Blow Your Mind Away 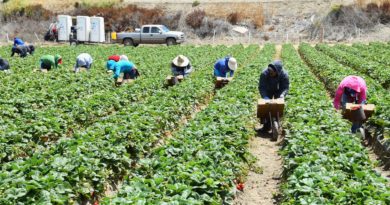 Are You and Immigrant Looking for a Job? These Are Your Choices in US